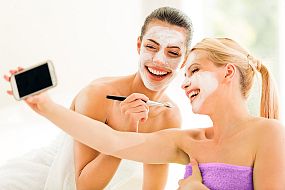 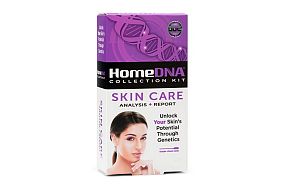 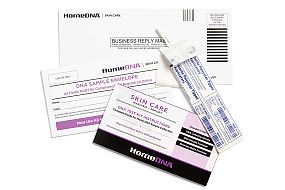 Learn how your skin responds to environmental factors such as sun exposure, and which skin-care ingredients are best.

Take the guesswork out of caring for your skin

Collagen makes up approximately 75% of skin, and youthful skin is in large part because of healthy collagen levels. While collagen production naturally occurs throughout our lives the quality and quantity varies. Some of the signs associated with collagen quality: sagging, scarring, healing issues, hollowing, accelerated aging, and fine lines.

After approximately 40 years of age, skin elasticity can decline due to a group of enzymes called MMPs. MMPs can increase structural damage to the skin and create imbalances that can lead to unstable collagen support leading to loss of skin and structure: increased collagen breakdown, sagging, jowls, nasolabial folds, healing issues, and premature wrinkling.

Fine lines and wrinkles are also formed from Advanced Glycation End (AGE) products. AGEs have the ability to target and stick to collagen and elastin fibers causing them to become rigid and brittle. The effects of glycation at a skin’s cellular level may result in wrinkling, hardened collagen fibers, loss of elasticity, and compromised skin barrier functions.

Your body is equipped with natural responses that help to break down photo products once they have penetrated your skin. A photochemical process helps assist in breaking down UV rays before they can do any major damage. Some of the signs associated with this category: fine lines and wrinkles, crepe-like/thinning skin, sun sensitivity, skin thickening/leathery skin.

Melanin helps protect your skin by absorbing damaging UV rays when you are exposed to the sun. As melanin production increases, skin will begin to tan and darken. The cause of most irregular skin pigmentation is either an over or under production of melanin in the body. Signs associated with this category are: freckles, age spots, rough skin, texture, and discoloration.

Skin sensitivities can create stress and trauma to the dermis that can lead to tired and aged cells. Understanding sensitivity allows you to keep your skin as stress free as possible. Signs associated with this category: skin dehydration, active ingredient sensitivities, fragrance sensitivities, itching and redness, environmental sensitivities, and premature aging.

HomeDNA™ Skin Care is a revolutionary DNA analysis and report that examines your genetic markers (SNPs) related to skin performance. With the remarkable advances in understanding the human genome, it's now possible to decipher your skin’s genetic profile and make informed treatment recommendations. The days of guessing which regimen will work best for you and feeling overwhelmed are over.

Due to state regulations, currently not available in New York and Maryland. This product is not intended to diagnose, treat, cure, or prevent any disease.

What is the HomeDNA Healthy Skin Test based on?

The Human Genome Project was completed in 2003 and a group of scientists began uncovering the human skin's unique genetic blueprint. In 2008, their research led to the discovery of 15 genetic markers that played a role in skin protection and premature aging. Since then, an additional 17 genetic skin markers have been discovered, opening up a new era in personalized skin management.HomeDNA™Healthy Skin DNA is a scientifically-based DNA test that examines 28 genetic markers (SNPs) in 7 categories associated with skin aging. Each category is graded on a proprietary scale.

How is the test scored?

The scale in the report is based on an algorithmic calculation and is used to visually represent genetic risk factors skin-aging processes. It is used as a way to classify the response of different types of skin based on various genetic outcomes and other external factors, including ethnicity and lifestyle factors.

I follow advice from skin-care professionals. Do I really need to take a DNA test?

Yes. The skin health insights from your DNA test can point you toward the prevention measures most suited to you. Even if you followed everybody's advice to the letter, no one is able to accurately predict how your skin will age just by looking at you. If you're overwhelmed with contradictory advice about what's best for your skin; if you need motivation to maintain the long term health and quality of your skin; or if you just find it easier and more realistic to focus on areas where your skin is genetically weaker, then this test is a great resource. You no longer have to waste money guessing what works best for you!

Am I too old to take this test?

No matter what age you are, it is never too late to focus on the future health of your skin.

How is this test different from other forms of skin analysis?

While the HomeDNA Healthy Skin Test can be used as an analytical tool, it is the first to introduce solid predictability. Our ability to predict the future of the client’s skin based on their DNA forms the cornerstone of what this test is all about.

Put your existing DNA data to work.
When you order a product you can chose to upload or read your DNA.

Get ready to access latest in DNA discovery in just 3 simple steps.

A little parcel in the mail!

We’ll send you our DNA collection kit, with super simple instructions for collecting a saliva sample.

Once your sample is collected, just mail the kit right back to us. It’s easy, safe, and free!

We will sequence your sample and upload your data in the DNA Vault, so you can access DNA apps instantly!

HomeDNA™ empowers you with valuable information contained in your own DNA and is brought to you by DNA Diagnostics Center (DDC). Established in 1995, the DDC was founded on the belief that technological advancements in DNA testing should translate to services that are accessible and affordable to everyone. They have built an international reputation based on their commitment to reliability, innovation, and value by offering DNA testing services for paternity and other family relationships, forensics, animal breeders and veterinarians, and now wellness-inspired consumers.

Thousands of people across the world use our services to make their lives simpler, more pleasant, and more productive.

★★★★★ 5 out of 5 stars Eye opening results I've never done any sort of DNA testing, so I was skeptical at first. After reading the results of my test, I have 100% changed my mind. The report gave me insights about my skin, and made recommendations specific to my skin issues. I'll save money by not buying products that won't really be effective

★★★★★ 5 out of 5 stars Great Skin I was happy with my results, the results gave me a clear understanding on things that may irritate my skin and things I may use to prevent skin issues in the future. After I speak with my Primary Care doctor about products I may use on my skin I believe I will be on the right track. I would definitely recommend this test !!

★★★★★ 5 out of 5 stars No More Guessing Games! I was really excited to try this product and found the process extremely easy from start to finish. I was quite impressed with the thoroughness of my beauty analysis as well as the wide range of categories tested. I am thrilled to have an actual game plan targeted for my skin's specific needs! I feel as though I can now be much wiser in how I spend my beauty budget.

★★★★★ 5 out of 5 stars Very thorough report I recently had an opportunity to test this HomeDNA Skin Care. The response time was very reasonable between returning my kit and receiving the report. I was amazed at how thorough the report was and learned a tremendous amount of knowledge concerning my current and future skin care needs. I appreciate all the suggestions that the report provided, which I have already started to implement into my daily routine, and have already noticed a difference.

★★★★★ 5 out of 5 stars So helpful! I was able to do this test and get my results for free. I would have paid to get this information since I feel like to cost is reasonable. The information that I was given in my results report is going to be very helpful in my future skin care product choices. It's amazing to be able to know what my very own DNA says I should be doing to take care of my skin. I like the way they also give me recommendations for products, treatments and supplements. I recommend this kit.

★★★★★ 5 out of 5 stars This process was incredibly easy & SO interesting It was a simple, painless process. The kit arrived and I registered my kit number and information online. I took four swabs from inside my cheek. I was careful to follow the instructions to the letter, to ensure the most accurate results possible. Then, I mailed the kit to HomeDNA in the prepaid envelope provided. When they results arrived, I did have to read through them fully one time and then go back. There's a lot of information! What I found most helpful was the table summarizing the types of topical ingredients, supplements, and even professional treatments that are most effective for skin with my specific results (by category). For me, the results confirmed some things I knew. But, they held a few surprises, too!